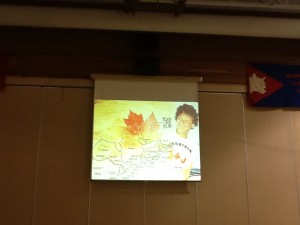 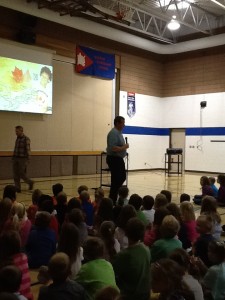 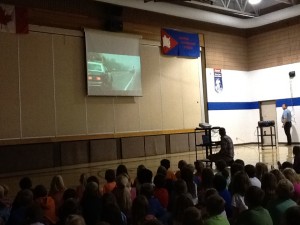 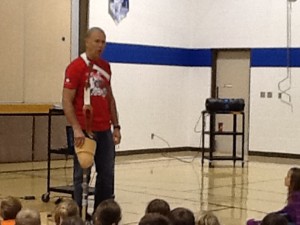 Today we had our kick off assembly for Terry Fox. Mr. Dyck told us some facts about Terry Fox. Did you know there is a Mountain in Jasper named after him? Terry Fox also had his own stamp issued in 1982. There are also 14 schools named after him..

We also watched a video that told the story of Terry Fox. Our special guest speaker was a retired principal from Saskatoon named Wayne Dyck. He is a cancer survivor and he told us about Terry Fox too, and then told us his own story of battling cancer and beating it.  He had 3 things he wanted us to remember from his talk today;

– we can make others feel better by smiling 🙂

– we can help by raising money for the Terry Fox Foundation.

At the end of his talk we all chanted together- “All of us are ordinary, but we can become extraordinary”!

Our school is going on a Terry Fox walk next Wednesday, September 30th in the afternoon. Parents are welcome to join us if you wish. We are encouraged to wear school colours-red and blue.

We will be collecting donations for the Terry Fox Foundation this week and next. Our school goal is to raise $2000.