Today we were lucky to be able to attend 2 special assemblies put on by Chad Solomon from Ontario. He uses puppets to tell stories about First Nation culture. The morning assembly was about treaties and lands.The story focused on a Wampum belt- a story told with beads given to remind us that we all live on one planet. The message he wanted us to take away is that a treaty is a promise to keep for all time.
Ellie had a great question at the end of the show. She asked how many puppets he had. The answer was that 8 travel with him, but he has 55 at home.

The afternoon show focused on Bullying Awareness. The story was taught to him by his grandparents.
This was a story about people being mean to the animals- the muskrat was being bullied by the other animals, but he was the only one could dive deep enough to help the other animals and save the day.

We are excited to look in our school library for some of his books. They also have his books at the Warman library.

We enjoyed both performances very much! 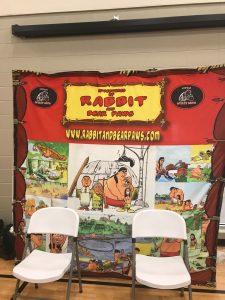 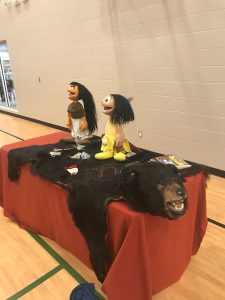 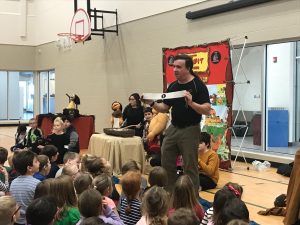 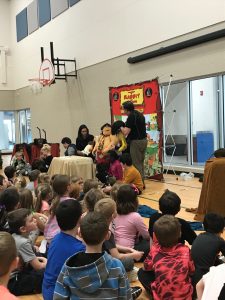 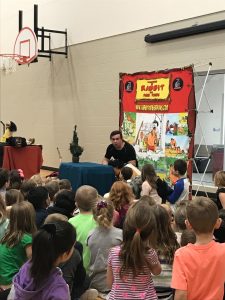 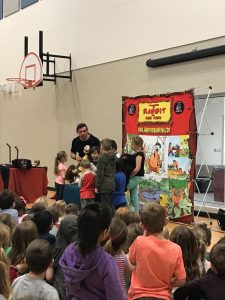 One thought on “Rabbit and Bear Paws”